A Lake Surrounded by Desert and Mountain Peaks 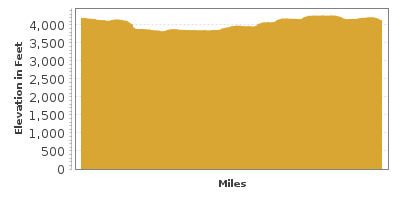 The sparkling blue-green waters of Pyramid Lake are an oasis in Nevada’s desert landscape. Surrounded by mountains and the fascinating natural tufa rock formations, the lake is a remnant of an ancient sea that once covered Nevada. Of geological interest, Pyramid Lake is actually a sink for the Great Basin, the largest contiguous span of watersheds in North America. 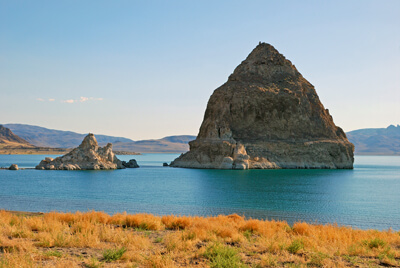 From Reno, head north on NV-445. The road will climb up the Virginia Mountains until Mullen Pass where the road begins its descent to Pyramid Lake. Take advantage of the pullouts to enjoy the incredible vistas and the 400-foot tall pyramid-shaped rock for which the lake was named.

When the NV-445 joins onto NV-446, consider driving up to Sutcliffe. Beautiful beaches, fishing and boating can be found here. The coast overlooks Anaho Island, home to the Anaho Island National Wildlife Refuge, a sanctuary for migrating birds and the breeding ground for the largest-known colony of American White Pelicans. The island is off-limits to the public and boats are not allowed within 500 feet of the island, so bring binoculars to watch these fascinating birds.

Returning back to NV-446, the drive continues to Nixon. Keep an eye out for the interesting rock formations around the route. Nixon is the home of the Pyramid Lake Museum and Visitor Center (M1), which features exhibits about the lake and the Paiute tribe’s culture and history.

At Nixon, the NV-446 joins NV-447. Consider a side trip North on NV-447 towards the Marble Bluff Dam and Fish Hatchery (A1). The Fish Hatchery is responsible for moving the endangered Cui-ui fish through the dam and for spawning cutthroat trout.

Head south on NV-447 until you reach Wadsworth and I-80, where you can return to Reno and Lake Tahoe.