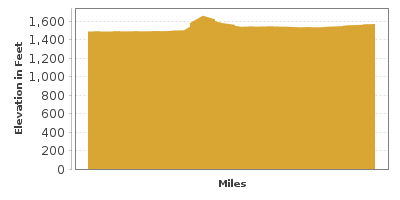 Quartz Mountain is on the western end of the Wichita Mountains and is one of Oklahoma’s grandest state parks. The mountain itself is among the oldest ranges in the United States. Once around 20,000 feet high, continued erosion has reduced it to its current 2,040 feet high. Quartz is one of the many minerals that make up granite and it is this mix that creates magic, as the mountain shimmers like diamonds in the sun.

The scenic drive begins in the small cotton farming community of Blair, which is on US-283, just north of US-62 from Altus. To the north of the town, the Quartz Mountains welcome you to the region.

Heading north on OK-44, you travel over the North Fork Red River arriving at OK-44A which leads to Quartz Mountain State Park.

Entering the park, you are quickly rewarded with a glorious view of Lake Altus-Lugert. The tiny town of Lugert was flooded to create a municipal water supply for Altus in 1927 and today provides irrigation for 48,000 acres of southwestern Oklahoma farmland. Rocky boulders and rugged granite mountains surround the lake, creating a serene picturesque view, perfect for a picnic, swimming, boating, fishing and camping. The park is well-known for rock climbing, being one of the best examples of granite-face climbing outside Yosemite.

With its many naturalist programs including eagle watching, sand dunes and hiking trails, Quartz Mountain State Park offers something for everyone. For those looking for off-road action, the Eagle Roost ATV Area is open from April to October.

Back on OK-44, head north along the shores of Lake Altus-Lugert and pass the current town of Lugert. Our scenic drive comes to an end in Lone Wolf. From here, consider continuing the adventure with our Wichita Mountains drive, by following OK-44 to US-183 and heading south to East 1570 Road.