Explore the heart of the civil rights struggle 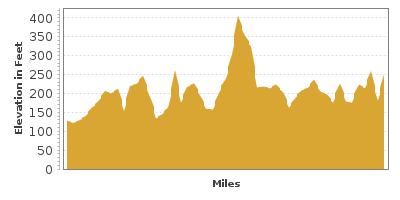 Traveling from Selma to Montgomery, this one-hour drive takes you through the birthplace of the most significant events in civil rights history. An inspiring message runs through core of the region as you explore the places steeped in the struggle against racism. 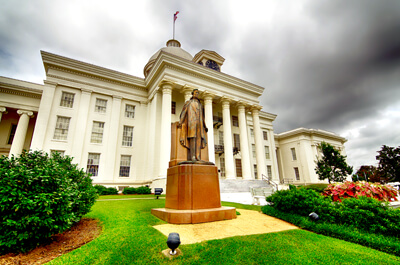 On March 7, 1965, Martin Luther King led about 500 nonviolent demonstrators on what would be the first march from Selma to the state capitol in Montgomery. The marchers were attacked at the Edmund Pettus Bridge by law enforcement and charging horseman armed with tear gas and billy clubs. Many people were injured. Not deterred, on March 9 Martin Luther King led a symbolic march to the bridge, seeking court protection to continue their march safely. Their demands were ultimately granted. On March 21, the Freedom March set out with over 3,000 marchers. It took 5-days, and by the time they reached Montgomery, 25,000 marchers had joined in. The efforts led to equal voting rights for African-Americans. On August 6 1965 President Lyndon signed, the Voting Rights Act of 1965.

Continue towards US-80. Spanning the Alabama River, the Edmund Pettus Bridge (B1), is also a National Historic Landmark. Experience your personal journey of freedom by walking across the bridge. Each year, on the first full weekend in March is the Bridge Crossing Jubilee, which commemorates the first march, now remembered as Bloody Sunday. Here you’ll also find the Selma Interpretive Center (A3), operated by the National Park Service featuring exhibits, a bookstore, and information on the many other historic and natural sites nearby. Depending on your schedule, you may want to visit the following recommended places of interest before heading to Montgomery.

Historic Riverfront Park (H1) overlooks the Alabama River offering a great vantage point from which to observe, contemplate and photograph the Edmund Pettus Bridge. At 631-miles, the Alabama River is the longest river within one state.

The Slavery and Civil War Museum (M3) presents the history of African people from antiquity through the Civil War. Nearby is the National Voting Rights Museum and Institute. Exhibits explore the three separate Freedom marches, women’s suffrage, Rev. Jesse Louis Jackson, Obama, Martin Luther King and John F. Kennedy. There is a fee to enter each museum, and a combination ticket if you plan on visiting both.

Housed in the old L&N Railroad Depot, the Old Depot Museum (M1) features a unique collection of artifacts, including train engines, folk art, Civil War and civil rights documents, as well as exhibits depicting life in Selma and Dallas County from 1820 to present day. This is also a stop on the Alabama Ghost Trail.

Stop in the Selma Welcome Center (A4) for walking tours and local information. From May to December, stock up on fresh produce and picnic fixings at the farmers’ market every Tuesday, Thursday, and Saturday at Bloch Park.

Visiting the Old Live Oak Cemetery (A2) may seem an odd choice for a scenic walk, but the setting of gnarled limbs of oak and magnolia trees draped in Spanish moss is beautiful. On the National Register of Historic Sites, the cemetery dates back to the early 1800’s and features elaborate monuments.

Just 12 miles west of Selma is the Old Cahawba Archaeological Park (H2), the site of Alabama’s first State Capital between 1820-1826. A ghost town since the Civil War, many of the remaining buildings are in a state of decay, but fascinating nonetheless. Restoration projects are underway. A resident colony of black vultures adds to the mystique.

The Vaughan-Smitherman Museum (M2) was built in 1847 as a school for orphans. Over the years, it has been a hospital, a county courthouse, and a military school. Today, among the museum exhibits are Civil War memorabilia, slave era documents, medical equipment, confederate money, and munitions salvaged from the Selma River.

The old Town Historic District features over 1,250 buildings on the National Register of Historic Places. Many are privately owned and not open for tours, but we highly recommend walking around and admiring the architecture. Sturdivant Hall (A5) is one home that is open for tours. The Greek Revival antebellum mansion was built in 1852 and has been beautifully-restored and decorated with period antique furnishings and art. Discover an extensive collection of Civil War memorabilia and formal garden. There is an admission fee.

Looking for a nature escape? At just over 1000-acres, Paul M Grist State Park (H4) offers hiking and horseback riding trails, swimming, and fishing on Valley Creek Lake, well-stocked with bass, bluegill and catfish. There are canoe, kayak and paddle boat rentals on-site. Make it an overnight with RV and tent camping. Birders take note — this a stop on the Alabama Black Belt Birding Trail.

The drive continues on US-80, dotted with catfish farms, fishing, bird-watching opportunities, and antique shops. If you’re here mid-April, for 2 days, enjoy treasure-hunting along the U.S. 80 HiWay Sale, the world’s widest yard sale with vendors in Alabama, Mississippi, Georgia, Louisiana and Texas.

Midway between Selma and Montgomery is the Lowndes Interpretive Center (A6). Part of the National Park Service, you’ll find more information to make the most of your time along this route. Interesting exhibits, film presentation, and 3-D models documenting the march bring you back to the emotional struggle for civil rights.

In Montgomery, visit the Rosa Parks Museum and Library (M5). Rosa Parks was the central figure in the Montgomery bus boycott. After 381 days, on Dec 20, 1956, segregated buses were decreed unconstitutional. The museum speaks to her bravery and determination for equal rights though interactive exhibits that seem to come to life such as the Time Machine, a replica of the bus, art, video presentations, and Children’s Wing. There is a fee to enter.

At the Civil Rights Memorial, you can touch the engraved names of those who made the ultimate sacrifice in fighting for civil rights. The memorial is across from the Southern Poverty Law Center and was created by Vietnam Veterans Memorial designer Maya Lin. It is outdoors and accessible to the public 24 hours a day. Inside the Civil Rights Memorial Center (A8), learn more about the civil rights movement and the struggle that continues today. Add your name to the Wall of Tolerance and pledge to take a stand against hate, injustice and intolerance. There is a small entrance fee, kids free.

The Dexter Avenue King Memorial Baptist Church (A9) is where Martin Luther King first served as pastor between 1954-1960. And it was here, that he organized the bus boycott. You can feel his legacy emanating from the pulpit. Built in 1912, the Dexter Parsonage Museum (M6) was home to 12 pastors of the Dexter Avenue King Memorial Baptist Church. Today you can explore the unassuming, but gracious 9-room clapboard home as it was when Dr. King live here with his family between 1954 and 1960. Don’t miss the Interpretive Center and the peaceful King-Johns Garden for Reflection. Free guided tours are offered every hour, Tuesday — Friday, but you must make a reservation for both the Church and Parsonage online.

The Alabama State Capitol (A7) is open every day except Sunday for self-guided tours. Built between 1850-1851 in the Greek Revival style, the building’s side wings were added in the early 1900’s. Free entrance.

Across the street, the Museum of Alabama (M7) displays fascinating exhibits, artifacts and audio-visual presentations that tell the story of the Creek Indians, the Civil War, the rise of the cotton economy, slavery, civil rights, and more. The museum is part of the Alabama Department of Archives and is free to enter.

Montgomery is a vibrant city, boasting funky neighborhoods, public art, a culinary scene to satisfy any foodie, and Southern hospitality.

Golfers will definitely want to hit the links at Alabama’s Robert Trent Jones Golf Trail. The trail is actually a series of 11 world-class public golf sites in Alabama, boasting 26 courses and 468 championship holes. Nearby, RTJ at Capitol Hill is just 13 miles north of the State Capitol, and one of the most challenging courses can be found at RTJ at Cambrian Ridge in Greenville.

Country music superstar, Hank Williams was born in nearby Mount Olive, and moved to Montgomery at age 13. Visit the Hank Williams Museum (M4) to discover his music, life, and times through a dizzying array of memorabilia and artifacts including his 1952 baby blue Cadillac, clothing, sheet music, records and so much more. There is a fee to enter. You can also visit his resting place at Oakwood Cemetery Annex.