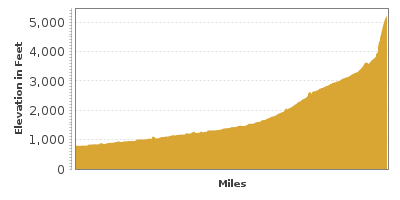 Lewis and Clark’s famous expedition to the Pacific Ocean crossed through central Idaho on a path similar to this route. This scenic drive starts in Lewiston, where you can learn more about the expedition at the Lewis and Clark Discovery Center (A1). 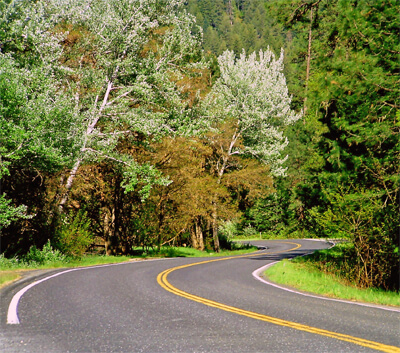 Heading east on US-12, you will arrive at the Nez Perce National Historical Park’s Spalding Visitor Center (A2) where you can learn about the Nez Perce People which lived in this area for thousands of years prior to European settlers. The next 70-miles passes through the Nez Perce Reservation.

Continuing eastward, the drive follows the Clearwater River. In 30-miles, you will see the Lewis and Clark Canoe Camp State Park (H3) where Lewis and Clark stopped in 1805 and with the help of the Nez Perce People, built canoes for the remaining trip. The river is well known for its large Steelhead Trout, making it a popular fishing destination. Also visit the nearby Dworshak National Fish Hatchery (A3) which releases more than 4 million fish into the wild per year.

The bluffs on the Clearwater Lake are especially high. Soon you will reach Heart of the Monster (H5), a rock formation that is part of a Nez Perce Legend, where Coyote defeated a monster and, in turn, created the Nez Perce people. The park features exhibits and interpretive signs that teach you about the legend and the Nez Perce People.

In Kooskia, the US-12 meets ID-13 and the scenic drive can go in either direction. By following ID-13, you will follow the South Fork Clearwater River on your way to Grangeville. Along the river, there are a 38 sites part of the Nez Perce National Historical Park that are important to the Nez Perce people and make great stops.

This drive continues east on US-12, where soon you will parallel the Middle Fork Clearwater River. In 87-miles from Kooskia, take a side trip to the Fenn Ranger Station (I5) which was built in the 1930s. One popular destination from here is to follow the long gravel Selway Road for another 20 miles where you can enjoy spectacular views of the pristine Selway River, hike, pick wildberries and enjoy the rugged, natural beauty.

Continuing east on US-12, the road follows each twist and turn of the Lochsa River as you enter the Clearwater National Forest. The Lochsa Ranger Station (I6) was built in the 1920s and a self-guided tour takes you back to the daily activities of a forest ranger from that era. The Station is open Memorial Day to Labor Day every day except Tuesdays and is a great stop for information for hikes within the Clearwater National Forest, such as the Colgate Licks Trail (H6) which brings you to two natural, hot springs.

In 30-miles from the Lochsa Ranger Station, stop and hike to the Jerry Johnson Hot Springs (H4), which feature three pools of hot spring water surrounded by rocks, perfect for soaking in.

As you continue on US-12, the drive will start climbing as you arrive at the 5,233-foot Lolo Pass in 23-miles. At the top of the pass, stop at the Lolo Pass Visitor Center (I7) for information about the Lewis and Clark Expedition and the surrounding forest.

This scenic drive completes as you enter Montana. From here, consider continuing on US-12 until it merges onto US-93, and head north on US-93 to MT-40, where you can reach Glacier National Park. If you are heading in the opposite direction, consider following the Columbia River west on our Lewis and Clark Memorial Highway drive.