From the Colville National Forest through the Selkirk Mountains 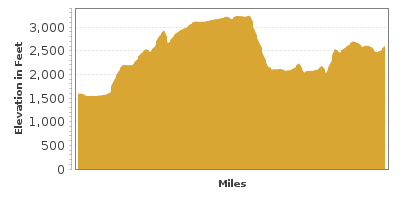 The scenic drive starts in Kettle Falls and heads to the Crawford State Park, home of Gardner Cave. Kettle Falls is easily reachable on WA-20. If you are to the east of US-97, head to US-97 and then continue on WA-20. From the west, consider reaching it by heading up north on the US-395 from Spokane.

In Kettle Falls, stop by the Saint Paul’s Mission (A2) where you can stand on the bluff and view Roosevelt Lake. If you are also curious where the Kettle Falls are, they are submerged below Lake Roosevelt, a lake formed when the Grand Coulee Dam was created.

Heading east on WA-20, continue onto Colville. On this drive, you will see old growth forests from the road and shortly after, the US-395 and WA-20 divide. Continue on WA-20 towards Tiger, where for a few miles, the drive goes through wheat fields until heading into the Selkirk Mountains. The Selkirk Mountains are part of the Columbia Mountains and while near the Rockies and sometimes classified as part of them, they are an older mountain range.

You will notice rolling hills similar to those of Palouse Country as the road itself starts climbing to over three thousand feet of elevation as you approach Tiger. If you think you saw a cow with antlers, chances are it’s really a deer near a cow field. Though keep in mind that the cows are not always fenced in.

Roughly six miles from Colville on WA-20, Little Pend Oreille National Wildlife Refuge (A1) lies at the base of the Selkirk Mountains and is the only refuge of its kind in the continental United States. Encompassing over 41 thousand acres, it is home to white-tailed deer, black bears, beavers, muskrats, eagles, and a variety of other birds and mammals. To reach it, turn onto Kitt-Narcisse Road for two miles until the dirt Bear Creek Road on the right for another three miles.

The scenic drive is now entrenched in the forest with canopies overhanging the road at several places. There are places to stop for hikes and breaks, such as the glacier formed Lake Gillette and Lake Thomas.

At the end of the WA-20, the Tiger Historical Center and Museum (M2) is just on the right. Tiger homes Washington’s the first post office and is the oldest settlement. From here, head north (right) on WA-31 which parallels the Pend Oreille River, one of two rivers in the United States that flow north.

About seven miles from Tiger is the Box Canyon Dam (A4) which powers the area. A small dirt road leads to an overlook of the dam.

About seven miles from the dam, you will approach Metaline. The Metaline City Park (H3) is a nice place to stop for a picnic overlooking the Pend Oreille River. Just up the road is Metaline Falls, but before reaching there and driving over its spectacular bridge (B1), you will note a sign on the left for Crawford State Park (H1) and Gardner Cave (H2) on Boundary Road. This is the road you want to take.

As you turn onto Boundary Road (Country Road 64), the views are extraordinary as the road climbs up. As you pass approach Beaver Mountain, Beaver Creek will be at its foot and keep an eye out for the beaver dams on the left. The dams have helped bring a variety of wildlife to the area, many of which can be seen at feeding time, near sundown.

As you continue up the road, you will know that you have arrived at the Boundary Dam (A3) when you notice the powerlines. Boundary Access Road will bring you to the base of the dam, where you can walk to the dam.

Back on Boundary Road, Gardner Cave and Crawford State Park are within two miles from Boundary Dam. Crawford State Park is an excellent place for a picnic and hikes, including one to Gardner Cave, Washington’s second longest limestone cave. Over seventy million years ago, this cave was at the bottom of the Pacific Ocean and the sea life around it are responsible for the limestone today. Today the only way to enter the cave is through one of the guided tours.

Our drive ends here at Crawford State Park. To head back home, you can retrace your way to WA-31. From here, you can either head up north to British Columbia, Canada via the International Selkirk Loop or head south towards Spokane and our Spokane River Loop drive.