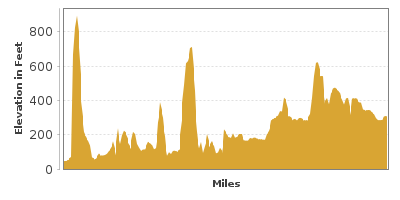 The Columbia Gorge is an awe-inspiring canyon along the Columbia River, the fourth largest river in the United States. Formed over the last seventeen million years, the river has a dramatic history, ranging from various volcanic activity in the region, to being shaped by the last Ice Age. 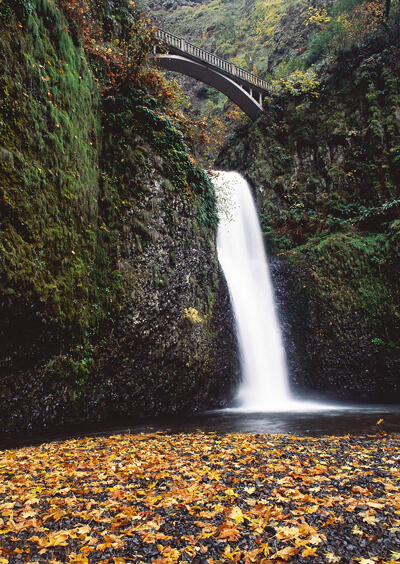 This scenic drive parallels the Lewis and Clark Memorial Highway which is just on the other side of the Columbia River in Washington. Both sides of this drive have so much to offer, but we will be focusing primarily on the Oregon side in this text.

Our drive starts on I-84 just outside of Portland. To get here, take exit 300 if approaching from the South. If you are coming from Washington, take exit 1A for WA-14 for 5 miles and follow the signs for I-285, which you will follow for another 5 miles until I-84.

Most of our drive uses the I-84, but to really enjoy the gorge, take exit 22 off I-84 and take the Historic Columbia River Highway. Built between 1913 and 1922, it was modeled after the European scenic routes and engineer Samuel C. Lancaster set out to ensure that the road did not compromise the surrounding beauty. Being built for a Model-T, this windy road is narrow by today’s standards but is not to be missed.

Once off at exit 22, turn right onto Corbett Hill Road, following it until you see a sign for the Historic Columbia River Highway. The Crown Point State Park (H1) provides many opportunities to view the enormity of beauty that the Columbia Gorge provides.

Continuing the drive, the Latourell Falls (H5) are on your right about two miles from the lookout. There are several waterfalls near the Columbia Gorge and if you are up for a little hike, this is a nice one to visit. In a mile and a half from here, you will pass Bridal Veil Falls State Park (H6) and Shepperds Dell State Park (H7) which are other beautiful areas to enjoy the view and have picnics.

The drive continues through the dense forest with regular openings exposing the Columbia Gorge. Four miles from Shepperds Dell State Park, Multnomah Falls (H2), the second highest falls in the United States is on your right. A short walk from the parking area will bring you close to the falls and presents you with a fantastic view of the falls and surrounding gorge. While many people stop here and turn around, there are great trails that loop through the dense forest, passing many smaller waterfalls and brings you just down the street from the parking area.

Two miles up the Historic Columbia River Highway is Oneonta Gorge (H3) offering more hiking, including some more difficult paths that bring you above Oneonta Falls. Two miles ahead is Ainsworth State Park (H4) which has more hikes, including one that goes behind the Horsetail Waterfall.

Shortly ahead, we will merge back onto I-84. A few miles ahead, the Bonneville Dam is on your left. The Bonneville Dam Visitor Center (A1) brings you up close to the dam, including to its fish ladder. To reach it, take exit 40 and turn left onto Bonneville Way.

Continuing 5 miles east on I-84, you will see the Bridge of the Gods (B3) and Cascade Locks on the left. About a thousand years ago, a landslide caused the Columbia River to be dammed, resulting in flooding that ultimately killed many Native Americans. Eventually the Columbia River weakened this dam sufficiently enough to let water pass, but leaving a natural footbridge connecting Oregon and Washington. After many years, this footbridge eventually weakened and rapids took the place of the bridge. The modern bridge was built in the 1920s.

I-84 continues east, paralleling the Columbia Gorge and there are occasional views of Mount Hood and Mount Adams. There are several hiking opportunities off the highway. Twenty miles from the Bridge of the Gods, you will reach Hood River. The quaint downtown makes for a worthy stop, featuring historic buildings, boutiques, art galleries, restaurants and wineries. The area is also well known for windsurfing. Consider taking OR-35 South to Eastside Road, where you can reach Panorama Point (V1) for another excellent view of the Columbia Gorge. Continuing on OR-35 will bring you to Mount Hood, but our drive today continues on I-84.

Continuing east from Hood River on I-84, you will note how the land becomes drier. While you could continue straight on I-84, our drive takes exit 69 (about seven miles from Hood River) to rejoin the Historic Columbia River Highway (US-30). The windy Historic Columbia River Highway brings you through some patches of deep forests, over picturesque bridges, and to some breathtaking views. The Mayer State Park (H8) contains the loopiest section of the highway and features a scenic lake, flowers and wildlife.

Just after Mayer State Park, we rejoin the I-84. In just over eight miles, you will be in The Dalles. The Dalles is a beautiful town with 19th century homes, lodging, and many restaurants.

As you leave The Dalles heading east on I-84, The Dalles Dam (A2) is on your left and its visitor center is in Seufert Park (A3), where you can learn about Celilo Falls being buried on May 10, 1957 when the dam was first operational and other interesting facts.

Twenty miles from The Dalles, the US-97 goes over the Columbia River via the Sam Hill Memorial Bridge (B4). On the other side, you can stop at the Maryhill Museum of Art (M1) which features a Stonehenge-like park and historical buildings and artifacts. If you are here during the evening, head up to Goldendale Observatory (A4) for a view of the night’s sky with a telescope and an astronomy lesson.

Our drive continues through the beautiful canyon and rolling hills for another 26 miles to Boardman. From Boardman, you can continue on I-84 until the I-82 intersection and come back home via the Lewis and Clark Memorial Highway or head up towards the Yakima Valley.